Silvio Garattini was born in Bergamo (Italy) on 12th Nov 1928. Diploma in Chemistry. Degree in Medicine. Lecturer in Chemotherapy and Pharmacology. Assistant then Deputy Professor at the Milan University Institute of Pharmacology until 1962.

Founder in 1963 and director of the Mario Negri Institute for Pharmacological Research.
He is a member of the Gruppo 2003 (a group of the most cited Italian scientists in international scientific literature). Garattini's publications in Italian and in English in international scientific journals, and texts on pharmacology, run into the hundreds. Founder of the European Organisation for Research and Treatment of Cancer (EORTC).

During the last ten years professor Garattini has been a member of various organizations, among which: the Italian National Research Council (CNR) - Committee on Biology and Medicine; the National Health Council, the Committee for Italian Research Policy, set up by the Presidency of the Council of Ministers; the Commissione Unica del Farmaco (CUF) of the Ministry of Health.

Silvio Garattini is a Fellow of the New York Academy of Sciences, the American Association for the Advancement of Science, Honorary Fellow of the Royal College of Physicians (Pharmaceutical Medicine), London, and a member of numerous other Italian and international scientific societies.

In its 40-plus years, the Mario Negri Institute for Pharmacological Research, under Professor Garattini's leadership, has published more than 10000 scientific papers and about 200  books, on topics ranging from cancer and its treatment to tumour immunology, neuropsychopharmacology, and cardiovascular and renal pharmacology. More than 4000 young Italian and 600 foreigner graduates and technicians have obtained specialist qualifications at the Institute. 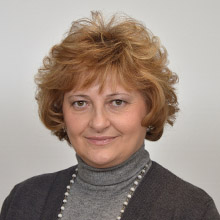