Since July 1st 2018 Professor Remuzzi has taken on the role of Director of the the Mario Negri Institute for Pharmacological Research.

Prof. Giuseppe Remuzzi was born in Bergamo, Italy in 1949. Upon completion of his medical training at the University of Pavia in 1974, he received specialty training in Hematology and Nephrology at the University of Milan. Since 1975, he has pursued his academic career at the Bergamo hospital, where he was appointed Professor of Nephrology and Director of both the Department of Immunology and Clinical Transplantation (1996) and the Department of Medicine in 2011. Since 1999, he is Director of the Division of Nephrology and Dialysis of the same hospital. Since 1984 he also coordinates the Negri Bergamo Laboratories of the “Mario Negri” Institute for Pharmacological Research and the affiliated Clinical Research Center for Rare Diseases “Aldo e Cele Daccò” in Ranica (BG), a group of basic scientists, physiologists, pharmacologists, molecular and cellular biologists, pathologists and clinicians devoted to the study of human renal diseases and their corresponding animal models from the perspective of pathophysiology and therapeutic intervention. He touched major advances in many areas of nephrology. For example, his studies have led to new insights into many disorders, including the interactions between platelets and endothelium, pathophysiology of glomerular diseases and the factors that influence the progressive loss of kidney function. Work focused on improving the outlook for patients with end stage renal disease. Giuseppe Remuzzi pays tribute to the work of pioneers such as Barry Brenner, who delved deep into the processes behind glomerular function and their possible reversibility. Early work on the use of angiotensin-converting enzyme inhibitors to slow the decline of glomerular filtration rates proved dialysis was avoidable, not inevitable. Studies on immunologic mechanisms that influence the survival of transplanted organs, understanding of immunologic tolerance in the disorders that are linked to autoimmunity and finally, genetic diseases of the kidney have also been areas of investigation. Concerned by kidney donation shortages and deploring the current practice of discarding suboptimal donor kidneys, his team has shown that transplanting such kidneys in pairs is feasible and have set up an international effort to validate this approach. Giuseppe Remuzzi is investigating the kidney's ability to regenerate itself.

Prof. Remuzzi serves on editorial boards of numerous journals and is member of the International Advisory Board of The Lancet. He served as Editorial Board member of the New England Journal of Medicine from 1998-2013. In recognition of his achievements, he has been awarded in 1998 honorary memberships of the Association of American Physicians and the British Royal College of Physicians. In 2001 he was nominated Chairman of the Research and Prevention Committee of COMGAN (Commission on Global Advancement of Nephrology) of the International Society of Nephrology (ISN). In 2005 during the World Congress of Nephrology in Singapore he received the ISN Jean Hamburger Award. In 2006 he was invited by the Italian Health Minister to become member of the Commission: “Consiglio Superiore di Sanità”. In 2007 he received during the annual American Society of Nephrology Congress in San Francisco the prestigious ASN John P. Peters Award and in 2011 he was awarded with the ISN AMGEN Award (World Congress of Nephrology: WCN 2011, Vancouver). In November 2011, he received the Third Edition of the International Award "Luis Hernando" assigned by the Iñigo Alvarez de Toledo Renal Foundation (FRIAT) in Madrid, Spain.

From 2013 to 2015, he was President of the International Society of Nephrology (ISN) for the biennium 2013-2015 and creator of the ISN initiative called "0 by 25": Nobody should die of preventable and treatable Acute Kidney Injury (AKI) by 2025. The hope is that the ISN will contribute during the next decade to ensure that we can reduce the mortality rate of acute renal failure at the global level.

In June 2015  he was made "chiara fama" Professor of Nephrology of the Clinical and Biomedical Sciences Department of the University of Milan.

In April 2018 he was awaded the “Lennox K. Black International Prize for Excellence in Medicine” at the Thomas Jefferson University in Philadelphia.

Prof. Remuzzi has authored and co-authored more than 1500 scientific articles, reviews and monographs and 19 books and regularly collaborate through the preparation of scientific articles with the Italian national newspaper “Corriere della Sera”. 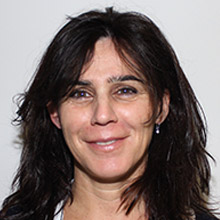 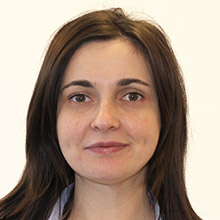 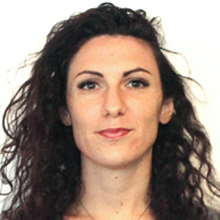 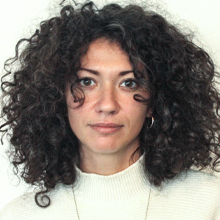